April 12th 2014 - What a Day! :-) This was the date chosen by 52a Tours to run their inaugural railtour - 'The Deltic Aberdonian' - using the NRM's Class 55002 Kings Own Yorkshire Light Infantry. This was KOYLI's first mainline passenger train for over 32 years and it went without a hitch with plenty of 100mph running.

The loco behaved impeccably and was a credit to all of the NRM's KOYLI group who look after her Well done to all concearned :-)

A great day was had by all with many old friends/faces seen throughout the day.
Read More 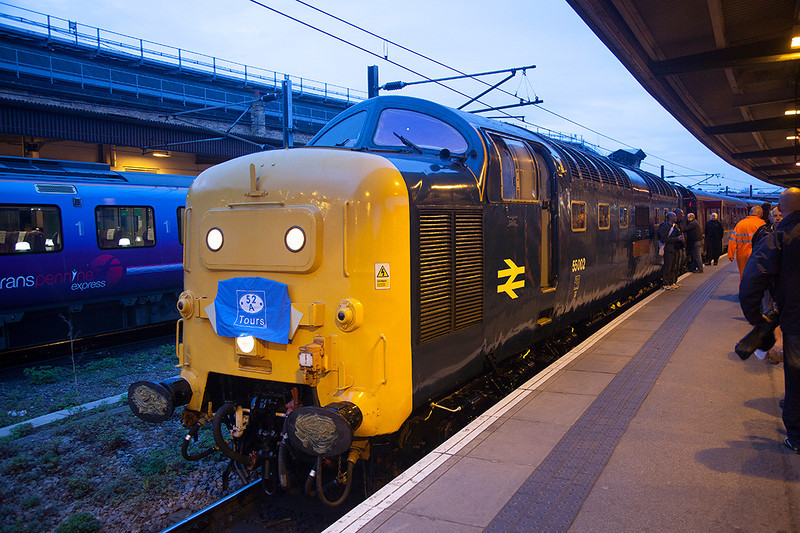